GERMANICUS, ONE STEP AWAY FROM THE EMPIRE 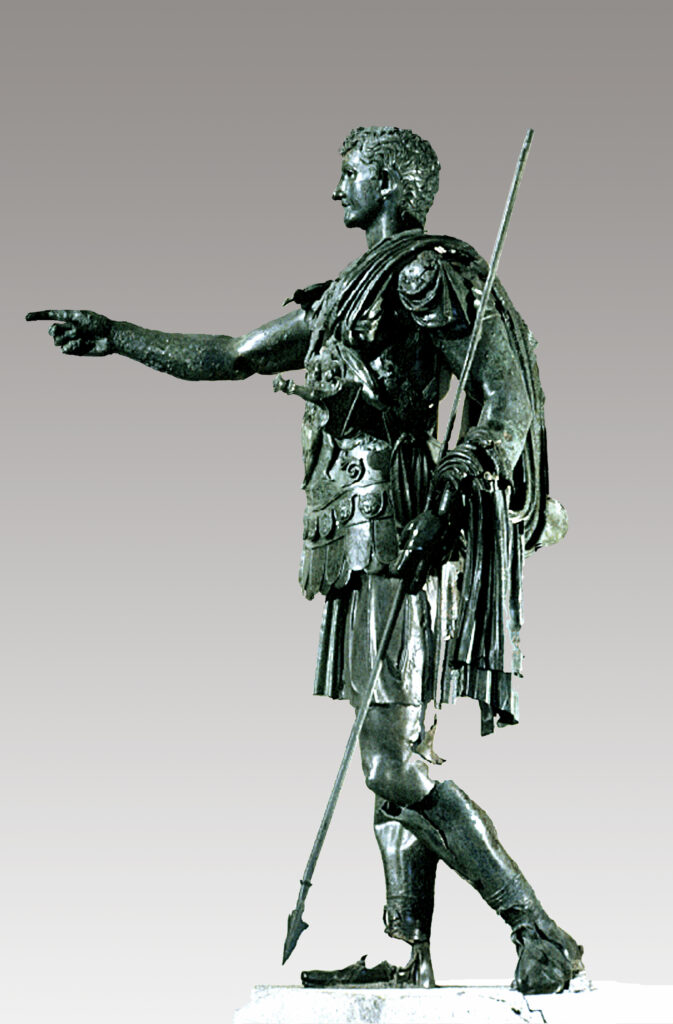 Germanicus Caesar, prince-designate of the Empire, died at the age of 34 in 19 AD in Antioch, Syria, at the height of his political career and popularity. His character and military skills made him ideally the only one worthy of Augustus and the designated successor to his adoptive father Tiberius.

His wife Agrippina brought his ashes back to Rome, accompanied by their children, including the future emperor Caligula, while Rome and all the cities in mourning paid tribute.

The image that has been handed down depicts him as the embodiment of the leader: an expert in arms and a skilful diplomat, a defender of the fusion of East and West, endowed with a charisma that is disruptive to intellectuals, plebs, aristocracy and the people.

Having passed through the interpretations of modernity, especially in 17th century France and at the time of Napoleon, the political and intellectual figure of Germanicus has come down to us as a model capable of transmitting the identity of Roman culture in Europe.

The tangible traces of this legacy can be seen in museums all over the world: the Louvre has a portrait of Germanicus in Greek marble found at Gabii; a painting by Poussin in the Minneapolis Museum of Fine Arts depicts his death, while Agrippina’s grief embodies a neoclassical and later romantic cultural model in Runciman’s etching at the Tate, and in a painting by Alma Tadema in the Pèrez Simόn Collection.

THE GERMANICUS OF AMELIA

The myth of Germanicus between ancient and modern is embodied in the bronze statue whose fragments emerged from the subsoil of Amelia n 1963 and which, reassembled and restored, is now displayed in a hall of the Civic Archaeological Museum.

The statue depicts Germanicus, dressed in military armour, in the act of adlocutio: when, in front of the deployed army, the emperor used words to reinforce the soldiers’ awareness and identification with the fate of the state before a battle or military campaign. 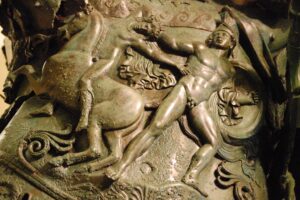 What stands out is the elaborate and symbolic muscular lorica with Achilles’ ambush on Troilus in the centre. Perhaps, those who chose the scene thought of Germanicus as the new Alexander, and thus made reference to Achilles, the latter’s favourite hero. Or perhaps, they thought of the character of royal lineage who died young and by violent means, bringing him closer to Troilus; or finally, they read into Germanicus’ life two fates, that of victor and that of victim.

No one will ever be able to tell, and this iconic interpretation makes the work even more fascinating. Like the Riace Bronzes, it is the (as yet little-known) heritage of a local identity to be promoted through what could become a brand under the name of Germanico di Amelia.